INTRODUCTION TO THE AD

The creators of the video advertisement decided to play on the words “plant-based” by humorously stating that these meatballs are in fact grown from the ground. It is obvious that these food products are indeed not grown on a plant, however, the creators cleverly use hyperbole as a device to convince their audience that these products contain only plant-based ingredients, and therefore, they are essentially grown in the ground. In other words, the message is: if you have ever considered trying a plant-based product, try the Beyond Meat meatball sub at your local (and already familiar) Subway restaurant.

Despite the positive impact that the increasing amount of plant-based products available in the fast-food industry has (Heller, M. C., Keoleian, G. A., 2018), cultural studies analysis models, such as the Nesbitt-Larking Model (2009) (Figure 1), reminds us that there is always a relationship between advertisements, corporate profit making and audience manipulation. Beyond Meat and Subway are major corporations that seek profit and therefore, it is important to critically analyze the “stuff you’re not seeing” in ads like this seemingly obvious corporate pairing.

Subway Canada is far from being the first Canadian fast-food corporation to hop on the Beyond Meat wagon and drive sales through the roof. This is a perfect example of what Kotler and Turner (1981) coined “the marketing concept.” One of the key aspects of the marketing concept, in short, is simply “discovering consumer needs, designing products to meet them and using advertisements to communicate the availability and desirability of the products” (Leiss, et al., 2018). In the case of this Subway advertisement, Subway has identified that there is an increasing demand, in the Canadian market, for plant-based food products and has thus implemented the very basic marketing concept by supplying this demand. Subway is then the fourth “P” in the “four Ps” of the marketing concept, which is place (placing products in appropriate retail outlets).

Some Canadian corporations have wrongfully positioned themselves in the plant-based retailer market, such as Tim Hortons, which has recently pulled all Beyond Meat products from its menu (excluding the provinces of Ontario and British Columbia). This is precisely what Kutler and Turner mean by “placing products in appropriate retail outlets.”  The consumer reaction to Tim Hortons offering Beyond Meat products is a point of assessment that challenges the marketing concept due to the fact that, although Tim Hortons employed the concept correctly, the profit results were not as expected because Tim Hortons is not the appropriate place.

We can infer that one reason for the failed profit margins of the Beyond Meat-Tim Hortons pairing is due to the fact that “large segments of consumers in western societies do not seem willing to eat a plant-based diet or reduce meat consumption” (Graça, J. et al., 2015). However, Beyond Meat may have “struck gold” with its recent partnership with Subway. Cristina Wells solidifies this statement by saying “[During the test,] a lot of guests came in expecting a great experience of us because we’re known for veggies and those kinds of options.” In other words, Subway has solidified themselves as a fast-food chain that emphasizes “fresh” ingredients and therefore, does not necessarily focus on their meat offerings. With that being said, these corporations are cleverly utilizing what Packard (1959) called “the subconscious level”, to the receiving audience of Canadian consumers by offering these consumers the change in their life that they desire, which is a slow transition to a plant-based diet, however, it is offered by a familiarity: Subway (the appropriate place).

THE CODES AND FORMS

The choice that Subway made to advertise their new Beyond Meat meatballs as a “meatball tree” promoted by Martha Stewart is a hyperbolic method that (Leiss, et al., 2018) refer to in Table 1.1 as a “product symbols” advertising strategy. The “meatball tree” and Martha Stewart, being internationally recognized as an icon of home and garden affairs, are symbolic attributes of the notions of plants and freshness and by-extension good health. Good health, I argue, is the conscious level message that audiences take away from this advertisement; it is not about food, nor plant-based meatballs, but about how these fresh products will improve your health.

Subway Canada has cleverly paired with established plant-based food producer Beyond Meat as a means of shared-profit-advantage for both corporations. Both of these brands compliment each other and thus supply a demand for a product, which is the foundational aspect of Kotler and Turner’s marketing concept. Although Graça, J. et al. (2015) found, through their data, that “large segments of consumers in western societies do not seem willing to eat a plant-based diet or reduce meat consumption,” we must keep in mind that this study was published in 2015 and does not necessarily reflect the current discourse on plant-based diets. If the tests that Subway performed are any indication, then we can conclude that there is an increasing amount of consumers who are in fact looking to reduce their meat consumption and Subway has finally found the perfect corporate partner to help North Americans take on this new “healthier,” plant-based lifestyle.

Heller, M. C., Keoleian, G. A. (2018). Beyond Meat’s Beyond Burger Life Cycle Assessment:A detailed comparison between a plant- based and an animal-based protein source. Regents of the University of Michigan.

Harris, S. (2019). Beyond Meat says its burgers are healthier than beef. Health experts aren’t so sure. CBC Online. https://www.cbc.ca/news/business/beyond-meat-burger-beef-health-risks-1.5220777

Buckner, D. (2019). Business gets on board the plant-based protein train. CBC Online. https://www.cbc.ca/news/business/meat-free-alternatives-go-mainstream-1.5126079 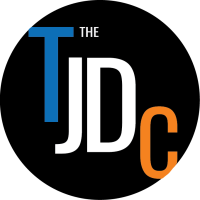